Most of the collectibles that appear on this page were issued by DC Direct. I owe a lot this research to Comicbook Bin: DC Direct Action Figures.

The following figures were not released as a part of any JSA-specific collections, but are approximately 6" and stand in harmony with the following waves.

These early series of JSA figures stand shorter than later designs, at around 6". Many of the following are scarce. 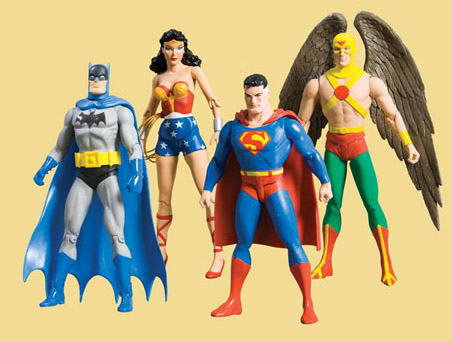 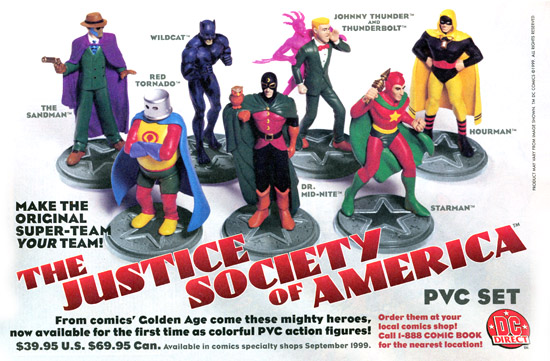 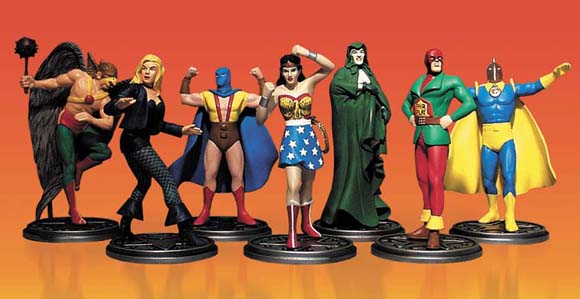 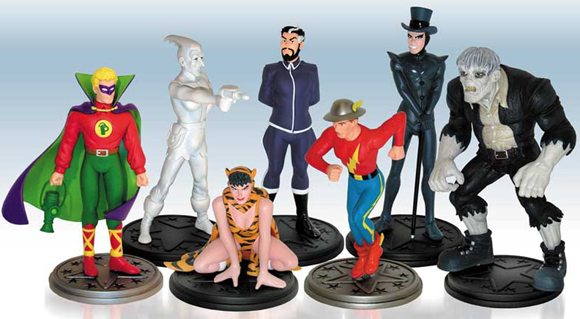 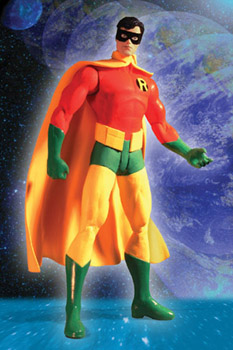 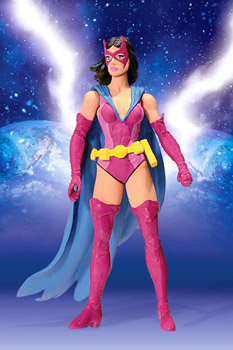 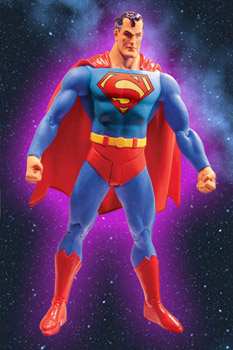 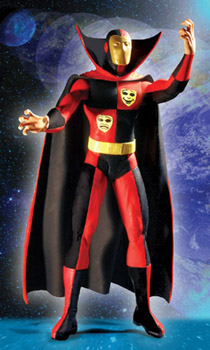 6.25" inch Action Figures featuring multiple points of articulation, includes a JSA-themed display base and is packaged in a 4-color blister.

Measure approximately 6.5". They include a base and a mini-reproduction of the comic in which the character first appeared and is packaged in a 4-color deluxe blister.

Based on Alex Ross’ painted covers of the Justice Society of America series. These figures stands around 7" high and are in scale with other Ross-designed series (Justice, Kingdom Come).

Figures based on JSA: The Liberty File

Special two-pack action figure sets include two full-sized figures – one based on art from the character's early appearances and the other based on art from the modern era. The figures stand at 6.5" and 6.75" respectively. One collectible trading card featuring each character will also be included in each package. All figures feature multiple points of articulation and include display bases and character-specific accessories. 4-color clamshell blister card packaging.

Each 2 figure set contains related characters complete with articulation, their own backdrop story card and stand and comes packaged in a 4-color blister pack. $9.95

This action figure features multiple points of articulation and a display base. Packaged in a four-color blister.

Character pins are about 2 inches high. JSA characters made include: