This solicitation in "Archie O'Toole" from Smash Comics #8 (Mar. 1940) which tells kids to send in for a free coloring map to Archie's kingdom, Pyromania!

Howdy, Friends..... I want to thank you all for following me and my adventures... and to show my appreciation, I'm going to give away free, a map of Pyromania which you can color yourself. Just write me c/o Smash Comics, Gurley Building,Stamford, Conn., — with five cents to cover the mailing and handling...


A quick online search yielded no results on this. But of course, now I'm obsessed with finding one. An earlier issue (Smash #6) included a map of sorts...

There have been several versions of Plastic Man immortalized in plastic. In 1979 he was made into a stretch figure for the Mego Corporation Elastic Superheroes line (which is highly sought after by collectors and extremely rare). He was a part of Kenner's Super Powers action figure line in 1986. In 1998, Plastic Man was included in Hasbro's line based on the JLA comic book. When DC Comics started its own toy company, DC Direct, in 1999, Plastic Man was one of its first action figures made. A second figure, this time an interpretation of the character based on the art of Alex Ross, was released by DC Direct in May 2006. In 2009, two versions of Plastic Man were released as part of the Batman: The Brave and the Bold tie-in toy line. Plastic Man was also released as a figure, in DCAU style, in the Justice League Unlimited toyline in late 2009. A new, stretchable Plastic Man figure was recently released in the Batman: The Brave and the Bold toy line, in a multi-pack with Batman and Rubberneck. In 2010, Mattel released a Plastic Man figure as part of the DC Universe Classics line. This figure was exclusively sold at the San Diego Comicon. 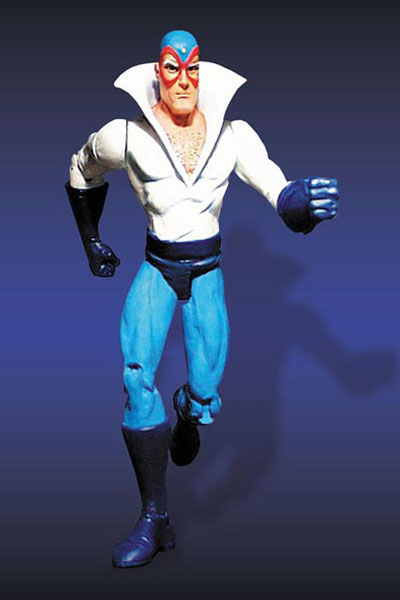 This action figure of Bart Allen's mentor, Max, is the perfect companion to the IMPULSE Action Figure. Features multiple points of articulation and a display stand for posing. Packaged in a 4-color blister. 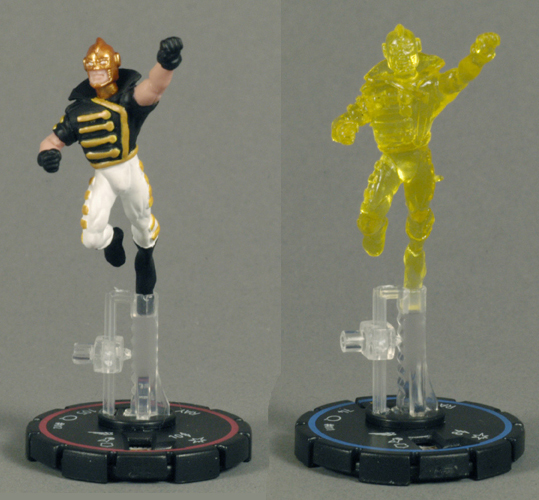