According to George Hagenauer (in Alter Ego #34), these kinds of men’s-adventure magazines were often called “sweats” "because they often had sweaty he-men in their cover paintings." He goes on to eloquently describe the contents:

These sported lurid painted covers, clothed pin-up photos, and he-man articles about hunting, crime, adventure, and war. The “true-life” articles tended to be fictional and were illustrated by a mix of real and fake photos. For the more extreme articles to which no photo could possibly do justice, they commissioned delightfully outrageous paintings.

Courage is a magazine much more difficult to find, perhaps because of its late debut.

Cover by Victor Prezio (signed). There were no bare breasts in this issue. 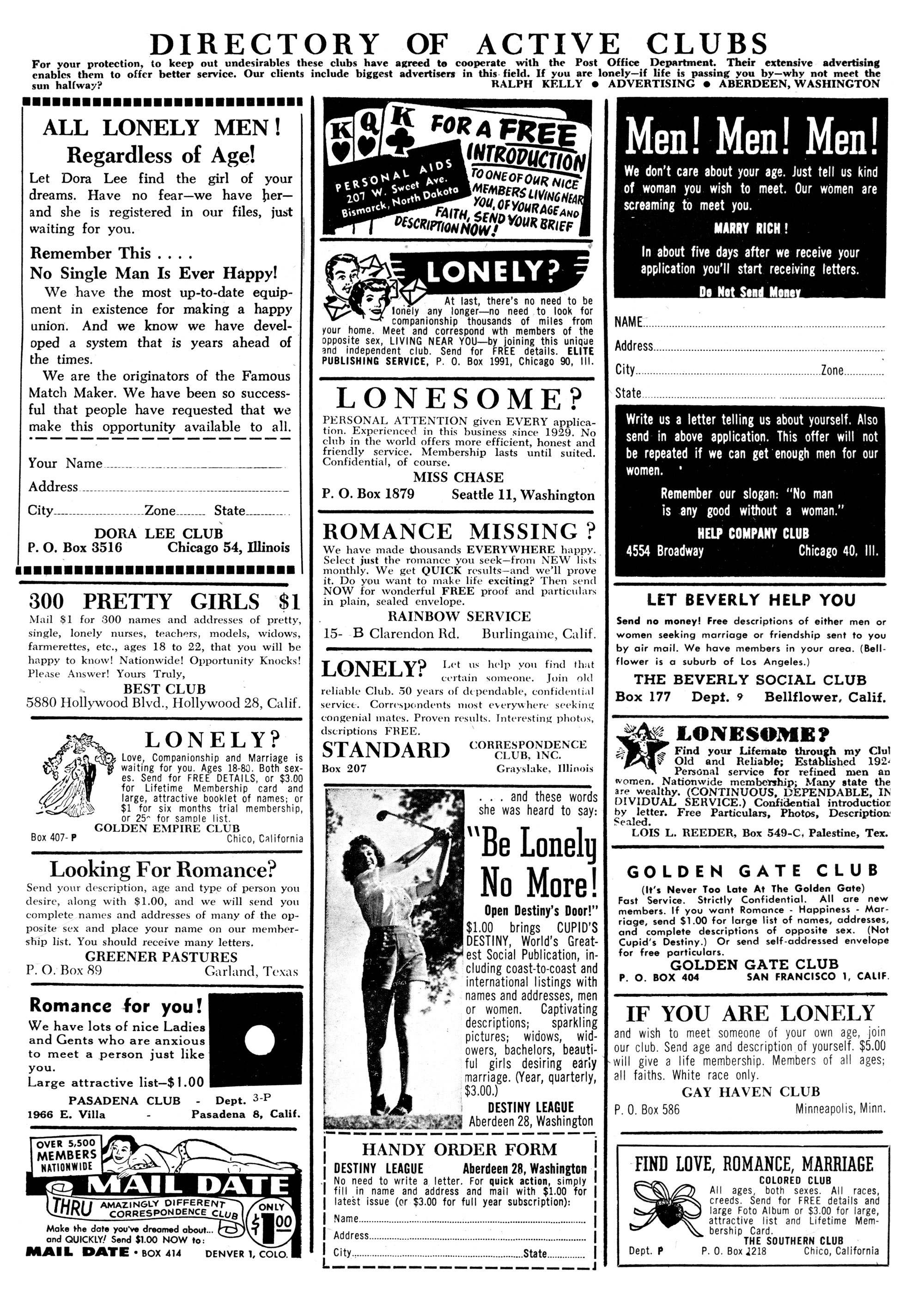 More than the others, this magazine was a bit scattered in focus, aiming to deliver adventure, pinups, humor and horror.

Note: This publication was restarted by Charles Sultan's Natlus in 1960. Those issues bear a different logo:

"HORRIFYING AS IT may seem, that pleasure-giving television set in your living room may kill your next baby before he is born.

It may make you sterile—completely unable to conceive children. Worse yet, if worse is possible, it may not make you entirely sterile, but it might alter the genes you possess, which control the development of any children you may have, in such a way that they will be born—but will be born freaks!

The last link in the chain of evidence establishing this as a scientific probability, was recently revealed by Dr. Hyatt Deems, Research Director for Southcentral Radiation Laboratories. Speaking before a group of radiologists in Birmingham, England, Dr. Deems had this to say: "It is a well-known fact, both among the scientific community and among interested laymen, that television screens emit soft X-rays of the same type that are known to induce sterility and vastly accelerate the mutation rate of all affected species. Among the affected species is man.

"Of the two possibilities, sterility or distorted acceleration of the number of mutations," the Doctor went on, "sterility seems distinctly the more merciful."

Why the Doctor thinks so can be seen from the case of Herrold and Sally Winowski, of Flint, Michigan. Perhaps they would be happier parents today if they had heard of Dr. Deems' work a few years ago.

The father and mother of two rosy-cheeked, normal tots aged three and six, the Winowskis were looking forward to the birth of their third child, not long ago.

In her pre-natal visits to the doctor, Mrs. Winowski was told that she could expect twins. Since both she and her husband love children and have always wanted a large family, she was delighted. When they announced the doctor's report to their friends and family, they became the subject of the usual good-natured kidding and fun that is a common reaction …"

Rage for Men was a chaotic scramble of contents, which made good re-use of some photos from Classic and Master Photography to illustrate their stories. One of the pin-ups in issue #5 was from a larger spread in Classic #2. One story per issue was illustrated in the style of the cover, probably by the same artist.

Issue #2's letters page boasted: "In case you missed our first issue—and you may easily have done so, since they went so fast we're short of copies ourselves—Rage is a magazine aimed for men who want honest, hard-hitting articles about the things they're interested in—not what the ladies think we should be interested in.

Note: This publication was restarted by Charles Sultan's Natlus in 1960. Those issues bear a different logo:

This issue featured the first of a two-part "discussion" about this new-fangled thing called rock music—"Rock 'n Roll: The Sound of Sex." It's notable for hitching its wagon to Elvis Presley. In this first issue of Rage, the author indicted rock music as the "Sound of Sex." This is something the editors of Arnold Publications would surely have approved of. Like all their articles, it was presented from a titillated and mildly scandalized point of view.

This issue is a bit more collectible because of the article "Elvis Presley Defends Rock 'n' Roll." This is probably a ghosted piece of writing, and the Antiquarian Booksellers' Association posited that "Colonel Parker offered the magazine a rebuttal article by Elvis. Even the article was ghost written for Elvis there is inside information such as later appears in Last Train to Memphis that shows this is what Elvis wanted people to know."